One of the hairiest topics in modern marriage is perhaps not who brings in the bacon or who takes charge of changing diapers, or perhaps who loads the washing machine. It is this. Who takes charge of the birth control. More often than not, it falls to the woman to ensure that she is not likely to be saddled with an accidental, unwanted pregnancy.

The Indian man, according to latest research figures, is not one to volunteer for a vasectomy, no matter that the procedure is minimally intrusive, and often even the bait of a monetary reward does not tempt him. The family planning programme in India, therefore, is almost completely dependent on the women of the country.

The male versus female ratio for sterilisation in 2016-17 stood at 1:52 according to latest data released by the Ministry of Health and Family Welfare. And more tellingly, the most popular contraceptive method used in India seemed to be female sterilisation. According to data 36% of married women opt for sterilisation, 6% use male condoms and the pill.

To quote the NFHS-4 report, “Female sterilization remains the most popular modern contraceptive method. Among currently married women age 15-49, 36% use female sterilization, followed by male condoms (6%) and pills (4%). Among sexually active unmarried women, female sterilization is the most commonly used method (19%), followed by male condoms (12%). More than eight in 10 (82%) women who got sterilized underwent the procedure in a public health sector facility, mostly a government or municipal hospital or a Community Health Centre (CHC) or a rural hospital.” The Indian government funds approximately 4 million tubal ligations per year, more than any other country in the world.

Of course, surgical sterilisation of women does not come without risks, after all, it is an intrusive surgical procedure, often performed hurriedly, under less than ideal conditions in government health centres. Deaths, complications are not uncommon. A huge price to pay for the simple decision by a woman to limit her childbearing.

Read the rest of the column here

Perhaps it is time to address it, that elephant in the bedroom, lying on the marital bed, covers neatly tucked under its chin, snoring complacently. Adultery.

Defined as voluntary sexual intercourse between a married person and a person who is not their spouse, adultery though increasingly common across all segments of society, is still socially reprehensible. In India, it is criminal, punishable by a jail sentence. But there’s a caveat, the punishment for adultery is applicable only to the man who commits adultery with another man’s wife. And therein lies all that is problematic.

The law on adultery in India is rather archaic, and was drawn up over a century ago, remaining unchanged since, though attempts have been made to do so.

The law on adultery in India is rather archaic, and was drawn up over a century ago, remaining unchanged since, though attempts have been made to do so.  According to section 497 of the IPC, a consensual-sexual relationship between a man and a married women is prohibited if the woman does not have the consent from her husband. The law punishes the man for adultery only if the husband files a complaint. If an aggrieved husband complains about a man having consensual-sexual relations with his wife, the offender can be imprisoned for up to five years. Interestingly though, if the husband commits adultery, there is no similar recourse for the wife to seek redressal.  He can only be charged if his paramour is married too, and her husband files a case against him.

This gender bias in the law is skewed in favour of women, and unfairly so. This bias, though comes from the place of patriarchy, which dictates that a wife is the husband’s ‘property’. The woman gets away scot-free even though she is equally culpable of having committed adultery. Thankfully, this outdated premise and law though, is getting a much-needed re-look with the recent announcement last week that a five judge bench of the Supreme Court will now deliberate about whether women should be punished for adultery. According to Section 497 of the Indian Penal Code, men are solely treated as perpetrators and women bear no onus for adultery.

Read the rest of the article here

As someone who has been writing ever since she was a little girl and has now, by age 46, written nine books, several short stories, columns for various publications, been on several panels and won awards, Kiran Manral still managed to get “rather chuffed about” being shortlisted for the Femina Woman Achievers Award for Literary Contribution in 2017 “because I was in stellar company”.

But it is precisely her woman-next-door candidness and approachable public persona that has attracted her 50,000 social-media followers and fans.

Writing has been both journey and destination for the Mumbai-based TedX speaker, who is also an outspoken votary for women’s rights, and champion for social causes such as protection of children from sexual abuse. And like good wine, she is only getting better with age – both in the nuances of her writing, and in the self-awareness of her opinions.

Thanks Inderpreet Uppal for the kind words.

Sharing is caring!
#SavingMaya is a book of our times, about our times. It will speak to the readers, both men and women on various levels. Maya is the quintessential woman of today. She is a working woman, a mom, and a divorcee.1 A single woman who puts more faith in her maid than her relatives. We all know why, don’t we? Since the tongues never stop tattling and the opinions never let up.

She is handling her son, the thankless ex-husband and the co-workers who are constantly looking for Maya to falter. On top of it all, she has a brooding, handsome neighbour who is idolized by the kids and her son.

This is a wonderful, sweet and practical love story of how Maya finds her second chance at love.1 She traverses the path of finding herself once again, finding her inner diva, winning at work and finding the right guy.

If you are a lover of romances, this one has some fine moments. The interaction between Maya and her best friend made me miss my best friend and our chats. Her mother, the formidable mom who is no-nonsense, gives Maya a tough time but that’s what mom’s do. Kiran has etched such realistic characters that I want to read more such romances by Kiran. All Aboard was another romance that I enjoyed and she has dabbled in many genres doing excellent work in them.

#SavingMaya is a fast, fun read and trust me, Maya doesn’t need saving, she is just saving her best for the right one 😉

The first edition of Bombaywaali for 2018 featured the very fabulous Miss Malini, the pioneer of entertainment blogging in India. In a freewheeling, candid conversation to a packed standing room audience at Title Waves in Mumbai, she took us through her journey from back up dancer for Sukhbir to entertainment content during the early dot com boom, to radio jockey and then to the phenomenon she’s now become. She’s also just released a book about her journey, #ToTheMoon which is a must read for anyone keen on making it in both entrepreneurship and lifestyle/entertainment blogging.

Read about the event here: https://www.shethepeople.tv/news/star-movie-miss-malini-bombaywaali/

Some pics from the event here. 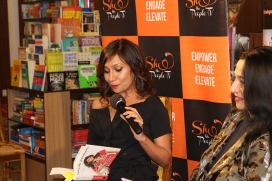 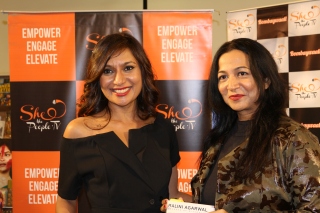 Maya, in her mid-thirties, divorced and with a young son, finds herself in a tangle both professionally and emotionally as she attempts to navigate life post-divorce. Will she put together her life, will she find love again?

Wry and endearingly earnest, Saving Maya is a heartwarming novel about the beauty of second chances.

Kiran Manral is the bestselling, award winning author of ten books. She was a journalist at The Asian Age, The Times of India, features editor Cosmopolitan, India Cultural Lead and Trendspotter at Gartner Iconoculture, Senior Consultant at Vector Insights, Ideas Editor, SheThePeople.TV and is currently an independent research and media consultant.
She was shortlisted for the Femina Women Awards for Literary Contribution in 2017. The Indian Council of UN Relations (ICUNR) with the Ministry of Women and Children, Govt of India, awarded her the International Women’s Day Award 2018 for excellence in the field of writing. Her novella, 'Saving Maya', was long-listed for the 2018 Saboteur Award, supported by the Arts Council of England in the UK. Her novels 'The Face At the Window’ and ‘Missing, Presumed Dead' were both long-listed for Jio MAMI Word to Screen, and ‘The Face at the Window’ was also shortlisted for the South Asian Film Festival 2019 . Her books include 'The Reluctant Detective', 'Once Upon A Crush', 'All Aboard', 'Karmic Kids-The Story of Parenting Nobody Told You', 'A Boy’s Guide to Growing Up', 'True Love Stories', 'Saving Maya' and ’13 Steps to Bloody Good Parenting.’
She also has published short stories in various magazines, in acclaimed anthologies like Have A Safe Journey, Boo, The Best Asian Speculative Fiction, Magical Women and City of Screams.

Please mail me at kiranmanral@gmail.com. 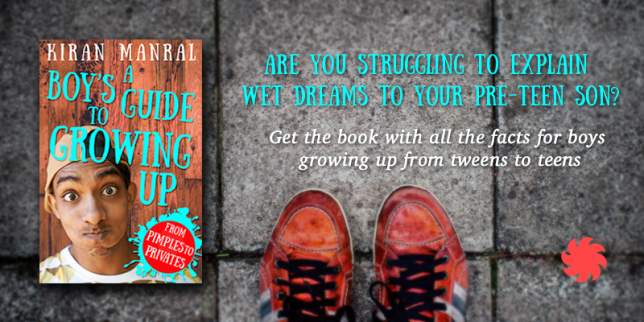